Freedom Park is located in the Central Business District Bangalore. It was opened to the public on November 2008. In the past years, it was the central jail. Which has an area of about 21 acres? Originally This place was used to prison those who against British Rule Since 1857. At The Time Of 1975 in India, the state of emergency was proclaimed, several opposition leaders Were Arrested Including Atal Bihari Vajpayee and L.K.Advani jailed at this venue. Here We Can also See the sculptures of freedom fighters And Central Tower And Sculpture of Soldier, Central Tower was used to observing the activities of the prisoners. And it is inspired by Hyde Park and the Kensington park London.

Freedom Park has various other attractions too such as a Jail Museum, Sculpture Court, People Courtyard, Water Fountain, Book Museum along with a large area for children to play. There is also a cafeteria as well as roomy of parking space. Freedom Park has Two entries one of the entries is from the Seshadri road to Gandhi Bazar and another one is from the Ramachandra Rao road, It makes it even easier to reach depending on which part of the city you are. 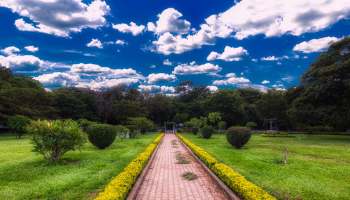 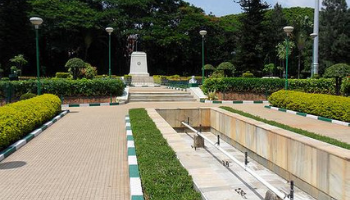